Honey Thinks It’s Funny: There’s Snow on Them There Tors…

We’d already decided to go for a Double Dart dip today, but peering from my bedroom window I see snow on them there Tors. Jackie, Allan and Helen have come from the southern side and haven’t seen the snow, so we decide to drive back to Dartmeet to make the most of it. It’s gone from the valley but there’s a good few inches at the top and the temperature is a mere two degrees, although the water is considerably warmer at – gulp – six. I’m not acclimatised to this and I know it’s going to hurt.

Jackie floats almost serenely, but even she grimaces briefly from beneath the big flower in her hair. She says it’s lovely, but I don’t believe her. Helen and Allan begin swimming, and now it’s my turn. It feels like hugging a slab of iceberg before having it ripped from my body inch by inch. I scream. Lots. Then I swim, ish, and stagger out. Honey thinks it’s hilarious and goes loopy doodle on the bank with a full display of doggy guffawing. I try again, which usually works, but not today. Still it was worth it for the video in which you can’t hear the others scream owing to the waterproof camera case. Honest. Here’s the link: 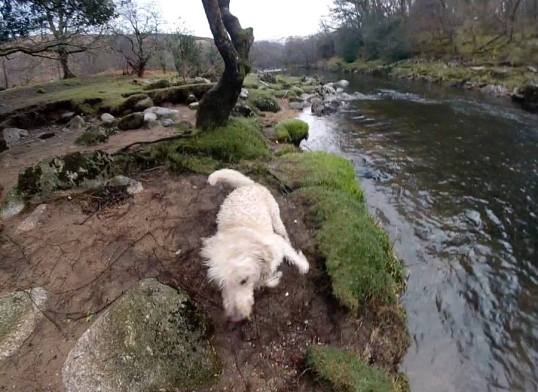 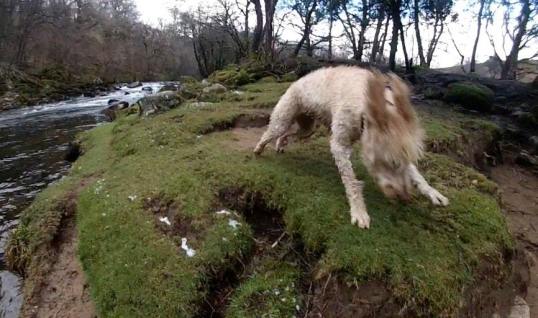