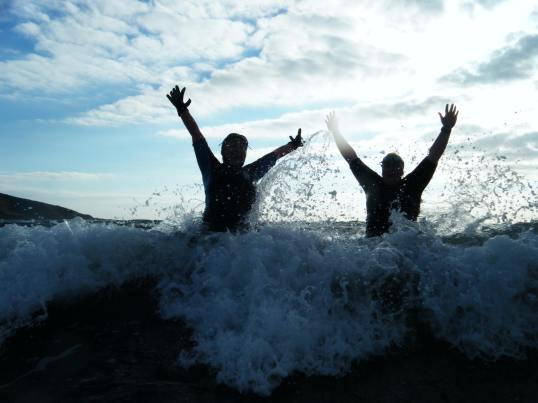 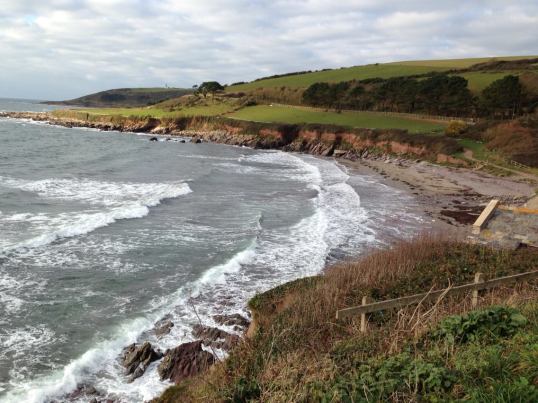 Met the gals for a wonderfully wild swim at Wembury today. It was shortly after high tide, and the breakers were perfectly-sized; large enough for some proper fun but not so big as to cause us problems with getting back in, nor indeed for a repeat of Teri’s ‘stunned sea bass’ impression. Wintery sun seeped through whispy clouds and forged the surface of the sea into molten aluminium. 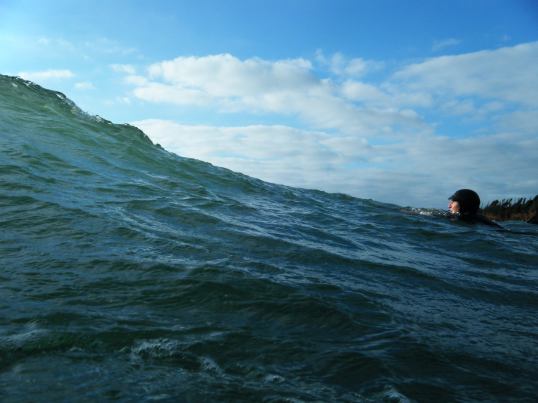 The messy waves peaked in points, backlit as we leapt to beat the breaks like aquamarine stained glass windows. Chilly water, but nowhere near the freeze of the weekend. I felt a glow of cold radiate from my body, but ice cream neck lasted only briefly as water slapped and walloped us from above. We played and bobbed and marvelled in the light show while we chatted and laughed. Small rafts of seaweed swept past. There’s nothing to beat a wild winter sea. Thanks to Sharon Nicol for the photos. 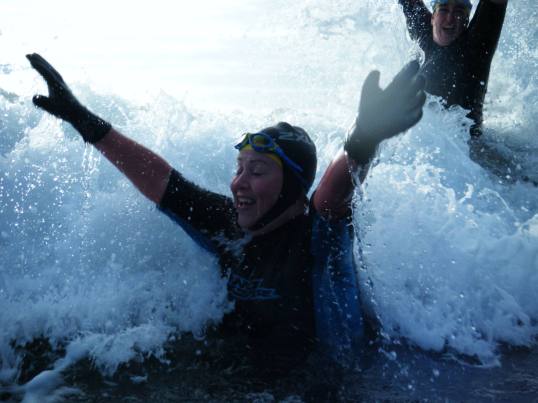 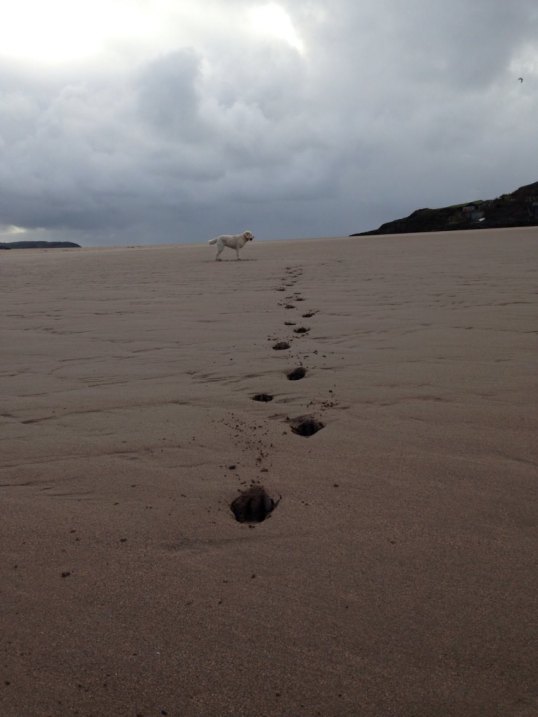 Honey on the Neck

Steph mentioned throwing herself into the sea at Bigbury after her Satruday ten mile run (yes, I know some Triathletes…) I decided to join her for the last bit, and I even trotted around twenty meters along the beach to warm up pre-swim. In we went; me, Steph, Richard and a couple of others I didn’t know. I reckon the sea temperature was around 8-9ºc, although the combination of howling unopposed gale, a swimsuit and shallow water on the neck did rather draw out the process of getting right in, like one of those zoom in while tracking out horror film camera effects. I haven’t done a winter dip with Steph since last year, and I’ve really missed her scream.

Alison meanwhile had appeared slightly late, and so I felt honour-bound to return for a second dip with her by which time my sensory nerve endings had well and truly frozen. It was lovely. Honey and Saffy the spaniel joined us. Afterwards we made tea and some rather spectacular smoke signals in the car park using Alison’s Kelly Kettle. 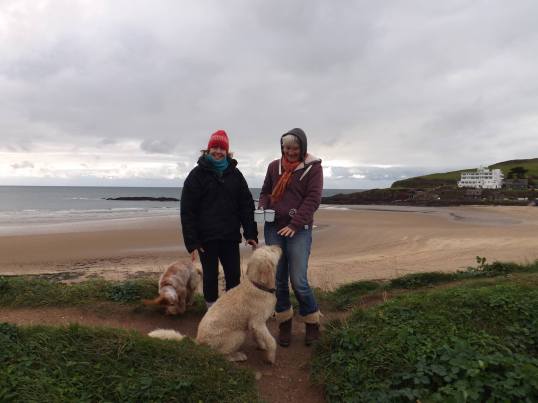 Alison, WWS and the Dogs Post-Dip